For the creation of this infographic, we used official EU data.

You can see that heart disease is the number one killer in countries such as Latvia and Lithuania, while in France, Bulgaria, and Spain it is less of a health issue. 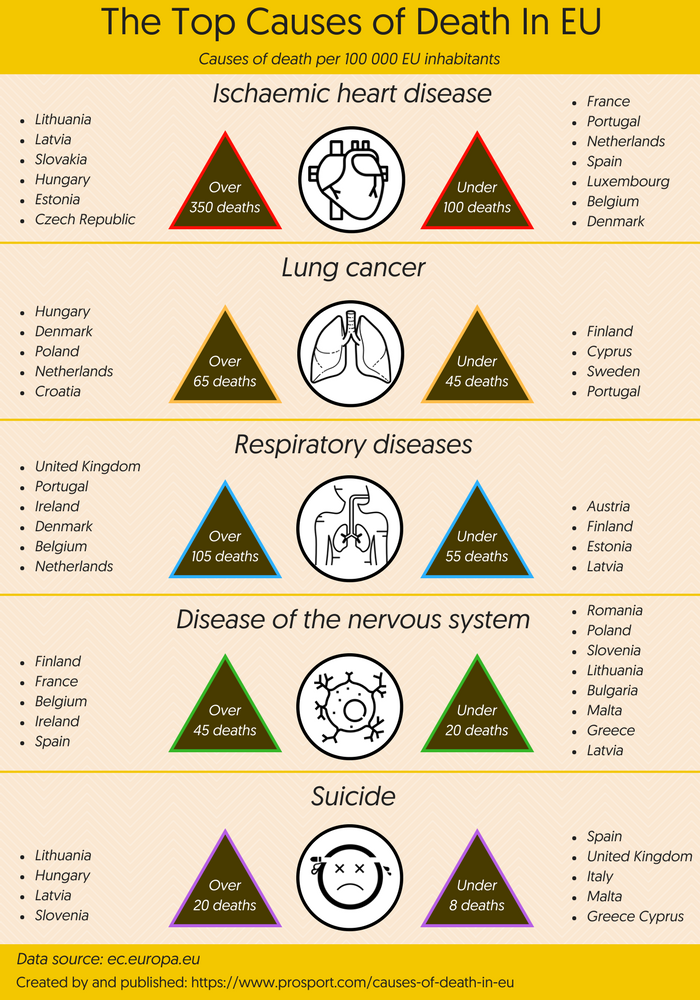 Recently, researchers at Clipandclickcoupons mined the data from the Eurostat the official guide to European statistics to visualize exactly how these numbers affect the countries.

The visualized data is pretty surprising. It is critical to note that the figures from the infographic are based on 100 000 EU inhabitants.

The number one cause of death is called Ischaemic heart disease. This disease occurs when arteries are narrowed.

What happens next is that less blood and oxygen reach the heart muscle. It is also called coronary artery disease and coronary heart disease.

Eventually, this leads to a heart attack. Ischemia usually causes pain in the chest and discomfort, known as angina pectoris.

The second disease in which cases of deaths is Lung cancer. The stats are as follows.

Respiratory diseases are the third most common cause of death in Europe. These are the leading countries affected:

Not so surprised to see that the diseases of the nervous system rank at number four.

Here are the countries which are strongly affected by nervous diseases:

Unfortunately, the fifth place is taken by the causes of death by Suicide.

The leading countries are: 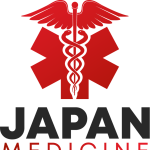 Mikka is the founder of Clipandclickcoupons.com. Ten years ago, she wanted to find the best health products and supplements at affordable and discounted prices. It turned out that iHerb was the best place for this. As Mikka lives a frugal life, she found out that combining iHerb discount codes and offers could save a lot of dollars at the end of the day. She started Clipandclickcoupons.com to help others save more when shopping from iHerb. 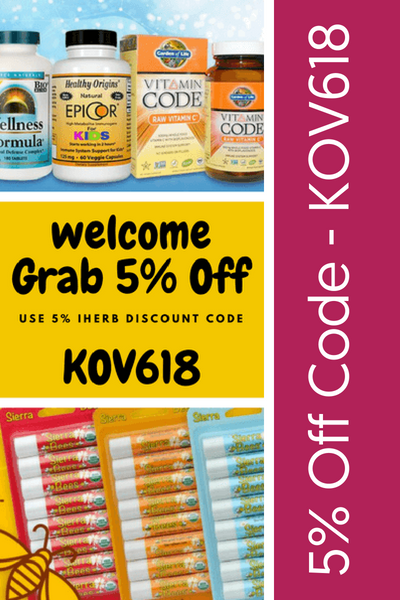